OUR ENVIRONMENT AND OUR HEALTH 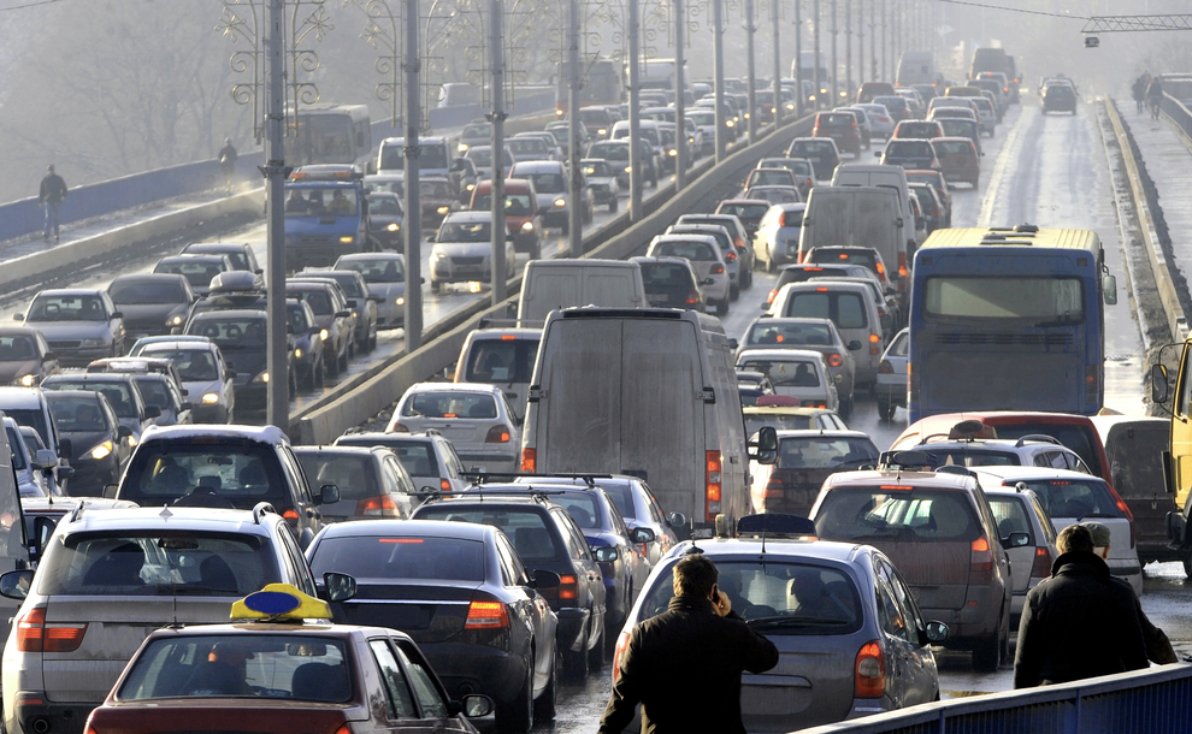 Our planet’s resources find themselves in a precarious situation. The very ideals and strengths that have helped humanity survive, to become a force in complete control of its destiny – no longer ruled by our basic instincts but guided by our intelligence – have also left us stranded on a cliff’s edge.

Our great ability to shape the world has become our achilles heel. In the very act of shaping the planet for our benefit, we’ve also inadvertently caused numerous health hazards and problems.

THE CA– USES AND EFFECTS

Industrialization and our own technological developments have made immense positive contributions to our health and overall survival. On a global scale, people are living longer and healthier lives. Death rates have plummeted, and life expectancy has skyrocketed.

“Countries that not long ago were suffering from bad health are catching up rapidly. Since 1900 the global average life expectancy has more than doubled and is now approaching 70 years.”

Max Roser, Our World In Data.

However positive this outcome might be, it has also had an adverse effect on our environment. Overpopulation is quickly becoming this generation’s worst planetary crisis.

Scientists have estimated that we are facing a Sixth Mass Extinction Event ; a “biological annihilation” of over 80% of the Earth’s species. The main factor responsible for this catastrophe: “human overpopulation and continued population growth”.

Compiled data puts us on a straight crash course against a brick wall; our consumption and the resources needed to maintain our population growth, choking our ecosystem.

“Rapid population growth continues in some regions of the world. As compared with the situation in 1990, by the year 2010 there will be an extra 1,900 million people to be fed, a rise of 36% from 5,300 to 7,200 million people… A 36% increase in food, other agricultural products, and potable water will be required over the next twenty years simply to match the rise in population.”

Deforestation, contamination, groundwater contamination, air pollution, and other environmental hazards have been brought into existence by overpopulation; in a clear way, they are only the symptoms of a fatal malady. Each and every one of these a clear and present threat for not only our ecosystem but our health.

As such the incidence of cancer, pulmonary, cardiovascular, neurological and cellular and hundreds of other malformations and problems affecting the human species has risen these past decades.

In essence, the root cause of all our woes is the fact that as a species, humans have slowly transformed themselves into an invasive organism that’s rapidly depleting its ecosystem’s finite resources. We have become, as a couple of scientists put it:

“The proverbial virus that’s created powerful antibodies and is now out of control; infecting and killing off everything in its wake. We’ve already used up the most productive areas and are swallowing up new ones as we speak.”

Groundwater contamination is one of the primary problems harming the international global community, and is one of the leading causes of deaths worldwide. Groundwater pollution occurs when contaminants or toxic materials are released onto the ground and natural erosion channels them down into the aquifer.

This can happen geologically (naturally, a result of the geological process) or artificially (Hydraulic Fracturing, Landfill Leachate, Sewage Runoff, Commercial and Industrial Leaks, Pesticides and Fertilizers).

Nitrate, Arsenic, Fluoride, Uranium, Chromium, and dozens of other chemicals are increasing the mortality rate in low-income regions. In Bangladesh and India alone, more than 25% of their drinking water is affected by high amounts of metalloid arsenic.

Another cause for concern is pathogens. Contaminated water and soil can lead to destructive outbreaks of fatal fecal-oral diseases.

BIOLOGICAL CONTAMINATION AND CHEMICALS IN FOOD

We are all part of the naturally occurring food chain. Turkeys munch and digest bugs, we in turn cook the birds and dish them out on Thanksgiving. Cows equal hamburgers, salmon are rolled into sushi, fruits are made into pies… everything basically eating everything else; the circle of life at its most condensed and succinct essence.

Since the early 1950’s, findings have shown a direct correlation between pollutants (especially pesticides and chemicals like DDT, lindane, dieldrin, HCB, and PCB), and health issues affecting a particular regional hot zone.

These findings have indicated a direct link between the use of pesticides in agriculture and chromosomal irregularities in birds and fish populations in North America and Europe.

The use of pesticides has decreased over the years, but new contaminants and toxic materials have begun to show in our food supply, prompting urgent action from various international communities.

This is a natural form of water pollution caused by different types of microorganisms. These microorganisms (protozoa, viruses, parasites, bacterias, etc) have always existed. Nonetheless, due to humanity’s expansion and proliferation – not to mention its continued cultivation and harassment of pristine landscapes –  these microorganisms have started to breed and propagate in areas that were previously untouched by their stain.

Diseases such as cholera are a blight on those living in rural or low-income regions. They tend to multiply in a city’s water supply and then affect humans through their drinking water. However, in recent years, these organisms have begun to spread into other areas, such as food, surgical instruments, and even medicine.

Air pollutants discharged by cars, factories, and a host of other man-made devices do great destruction both to our bodies and to the environment.

A real-life example of the dangers posed by air pollutants is the tragic incident known as the “Big Smoke.” The Great Smog of London in 1952 (5th of December 1952 to 9th of December 1952), is still considered to be the worst air-pollution event in the history of the UK. Due to an anticyclone and collected airborne pollutants, this dire episode was responsible for the deaths of over 12,000 individuals. This milestone ultimately lead to the Clean Air Act of 1956 .

Perhaps of even larger concern is the way air pollutants are contributing to rising temperatures. Almost all scientists agree that our ozone layer is being depleted by pollutants and greenhouse gases, which in turn is leading to an overall increase in global temperatures. If this increase continues, the effects will be catastrophic.

Each region’s Department of Health evaluates and graphs potential hazardous materials. They investigate, calculate, and ultimately appraise each pollutants impact on their land. They highlight which contaminates are most dangerous and which ones pose the greatest threats. In other words, the problems assailing a beach side community like Venice Beach, aren’t the same ones that keep the Health Inspector up at night in West Virginia.

With that caveat in mind, there are a few health issues that grade high in all states and socio-economics echelons.

“As of 2017, there are approximately 4 million houses or buildings that have children living in them who are potentially being exposed to lead. Nearly half a million U.S. children ages 1 to 5 have blood lead levels at or above 5 micrograms per deciliter (µg/dL), which is currently the reference level at which CDC recommends public health actions be taken.”

When we see the terrifying effects our actions are having on our environment, it can be tempting to go into panic. Unfortunately, this rarely leads to lasting change.

So what is the solution?

If we all educate ourselves on the ways our specific actions harm our environment, we can begin acting more responsibly.

On a personal level, some superfoods also have the ability to counter the effects of pollution. Broccoli, for example, has this amazing power.

We also know that the reduction of forests is leading to a rise in CO2. We can counteract this by helping plant trees and using more recycled materials.

Yes, we are creating numerous problems with our actions. But if we choose responsibly, we can begin to make a difference.