Solar For Your Home 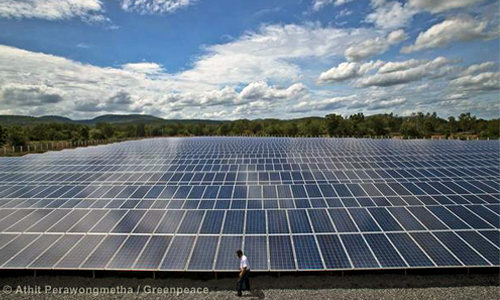 Solar For Your Home

Taking a look at how solar panels operate:

The basic principles of solar panels are pretty well known: sunlight hits the panel and electricity comes out. However, the process in between remains a mystery to many people, who often wonder, “How does it work?” “How do you go from a ray of sun to powering a hot stove top?” To answer these questions, perhaps the best place to start is with the most elemental components of solar panels.

The Basic Construction of a Solar Panel:

The true base of any panel, silicon is not only Earth’s most prevalent semiconductor, but it is also one of the most common elements of any kind on our planet, second only to oxygen. Extracted as sand from the earth, chunks of silicon are crystallized and shaped into rectangular columns. These columns are in turn cut into extremely thin slices known as wafers. The highly pure, silicon wafers are converted into solar cells, which are the main building blocks of any solar system and are strung together to form the panels themselves.

A solar (or photovoltaic) cell has two main silicon layers a top, phosphorus-diffused layer that carries electrons and is negatively charged, and a thicker, boron-doped bottom layer that contains holes, or absences of electrons and is positively charged. The electrical imbalance between these two layers is essentially what makes solar power possible: Light radiation causes each layer’s positive and negative charge carriers to be released in the cells and in turn causes electrical current (direct current) to flow.

In more detail, the process is as follows:

Solar power has continued to advance in technology over the past decade. It has become more energy efficient and is more cost effective than ever before. The table???s are turning and solar is becoming an extremely viable option. Get the facts on Solar:

The above graphic was compiled and designed by Renewable Energy Corporation, ???Making Solar Energy a Viable Option in Maryland and Beyond???