Top Of The World, 60 minutes

Posted by: WhosGreenOnline August 1, 2016 in Climate/Environment, Environment, Nature, Oceans, Water Comments Off on Top Of The World, 60 minutes 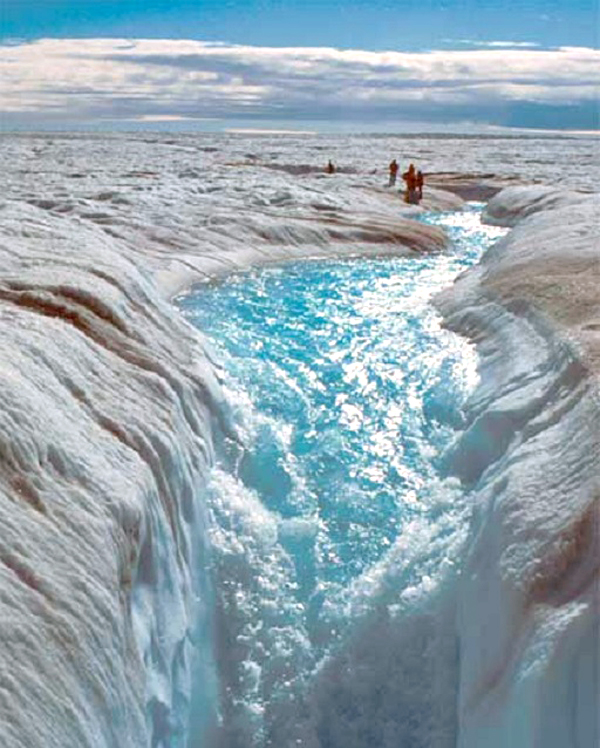 Top Of The World

Last night (Sunday evening 7/31/2016),  I came home from a nice day with my Family, sat on the couch and turned on the television. As I scrolled through the channels, I came across the very beginning of a segment on “60 minutes” titled; “Top of The World.” The intro of the segment grabbed my attention because the correspondent mentioned; the melting of one of the largest glaciers of Greenland in the Arctic circle. Of course, being a “one man show” here at WhosGreenOnline.com and researching current climate and environmental events happening today, I was glued to the television for the entire segment. I am not a scientist, NASA employee, psychic or Nostradamus, however I do like to believe I have common sense, and my common sense tells me; that the current climate and weather patterns are being caused by man! As I watched the segment, the scientists that are exploring and experimenting the melting glacier stated that; over 10,000 years there has been a repetitive pattern of global warming and cooling, however the current warming and speed of the warming is unprecedented throughout history! Enough said, I’ll post a link to the video to the segment and you can formulate your own opinion………..One of the most significant efforts to study changes in the climate has been taking place near the top of the world. As we first reported earlier this year, it’s a place called Petermann Glacier in Greenland, one of the largest glaciers in the Arctic Circle and a glacier that has experienced dramatic melting. It is a harsh and dangerous environment, and it has drawn some of the world’s leading climate scientists who are only able to work there a little over a month a year. We wanted to see how that work is proceeding, how they are able to move equipment and people in such a hostile place and what they’ve discovered so far — so we went to the top of the world to find out.