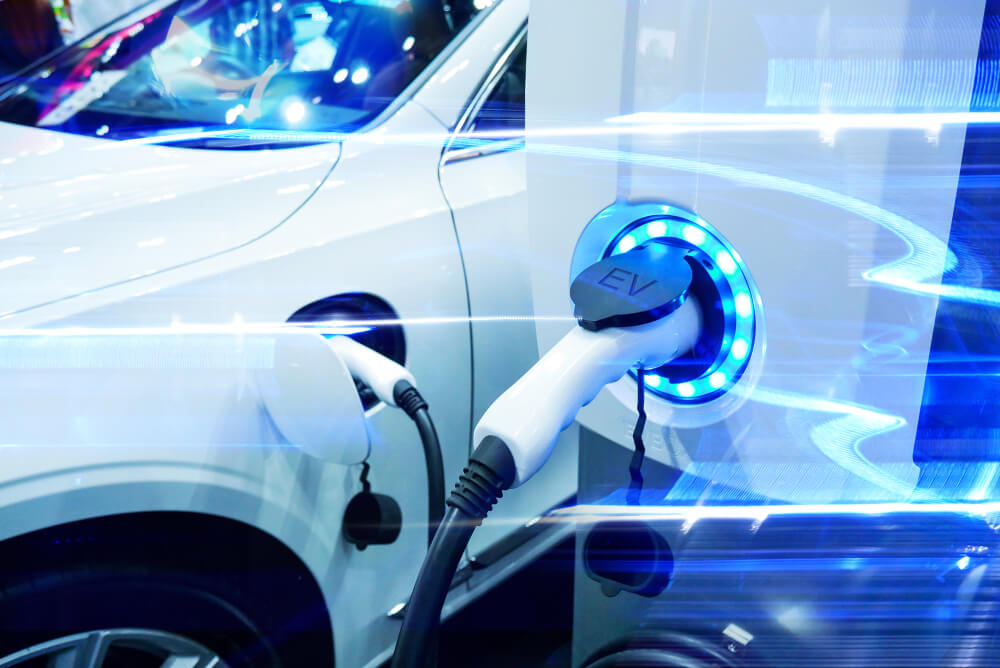 These days there are plenty of alternative options to running a car – cleaner, greener ways that do not involve filling the tank with prehistoric dead organisms. Here are some of the most promising contenders, along with their long-term potentials to truly break us free from fossil fuels:

Biofuels are increasingly being seen as a medium-term solution to oust fossil fuels. The emphasis here is on medium. They are only intended to act as a bridge — to wean off our addiction to petroleum until electric cars become the norm.

There are two main types: bioethanol (an alcohol derived from sugarcane and corn) and biodiesel (made from both animal fats and vegetable oils). Although useful, there is a problem with biofuel tech in that their extraction comes with an environmental cost. Bioethanol for example, is only considered carbon neutral because the crops that make it absorb carbon dioxide before they are stripped down to make the fuel.

Still, in the UK alone, plans are in place to make biofuel the source of about 12 per cent of all car fuel by 2032. This doesn’t sound like a lot, but that will be the equivalent of taking hundreds of thousands of cars off of the road.

But given biofuel extraction does little to appease environmental concerns, and due to their purpose being to act as a bridge in the first place, we can think of biofuels as having strong potential but lacking in mass appeal.

Hydrogen fuel cells have been widely touted as the only serious challengers to electric vehicles. And indeed, their development is gaining ground with some big manufacturers – as anyone who has visited a Toyota car showroom recently can identify.

The problem is hydrogen fuel cells are expensive and this is reflected in the price of the cars. Worse, a lot of customers have reported feeling underwhelmed by the performance of hydrogen fuel cell-powered vehicles. Production is also reliant on precious metal resources, including stocks of platinum, which hamper production and drive up costs, and may even have harmful environmental consequences in future.

It’s not all bad news, though. Hydrogen-cars have a mileage equivalent that’s much better than electric cars and almost as good as fossil fuel-powered cars. And the beautiful idea of an engine merely taking in hydrogen and emitting nothing but water sounds almost too good to be true. But given the lack of infrastructures in place for electric cars, it will require a miracle shift in consensus to make hydrogen fuel cell cars the precedent for the future.

It has been slow process, but things finally seem to be coming together for electric cars. The practical and economic aspects have finally surfaced to the point where EVs can compete with petrol cars. The only issue is the price premiums and the limitations that customers will have to put up with if they are to switch over from fossil fuels.

But electric cars allow for almost silent travel, and with zero emissions. There are also the added benefits of being exempt from congestion charges and road tax – not to mention the UK government is even ready to dish out grants to encourage more people to buy one. There are now plenty of models from big brands to entice buyers, from Kia, VW, Peugeot, to Nissan and more. With media and market backing, this alternative is the strong favourite at present.

The air we breathe is mostly made up of nitrogen, so it would seem sensible to try to find a way to harness this gas and exploit it as an alternative to fossil fuels. Actually this is not a new idea. Nitrogen-fuelled vehicles were first dreamt up in the nineteenth century, when the Liquid Air Power and Automobile Company demonstrated a “modified locomobile” to onlookers at an exhibition in London.

Then in 1997, a Dr Carlos Ordonez modified an old Volkswagen to run at speeds of up to 25mph on the gas.

But while the technology is there and could be great, the market has already voted to throw its weight behind EVs and, to a lesser extent, hydrogen fuel cells. It is extremely unlikely we will see progress for nitrogen vehicles of any substance in the next few decades.

Ever since the first Toyota Prius came on the scene, the idea of ‘regenerative braking’ has become the standard approach for an increasing range of especially hybrid and electric cars. As any cyclist will tell you, breaking takes up a lot of energy. You can get a sense of how much energy by feeling how extremely hot the brake pads get relatively quickly (actually, never do this, but trust me they get hot).

The brake pads on Formula One cars can quickly reach 1,000 degrees Celsius after quick breaking. Powerful stuff, so it is no wonder why scientists are attempting to harness it. Today, break-energy regeneration systems are being integrated into all new cars and EVs. A nice and noble idea, but on their own they won’t be able to propel us into a new age of green cars. Still, these recycling systems are a great way to put energy back into a system. Even if they will only be, ultimately, a small part of the solution.

This list is far from exhaustive. Other alternatives include vehicles powered by compressed air, liquid petroleum gas, and even steam. Though unfortunately, most of these prototypes have improved little beyond daydreams on the factory floor. And without market interest, there is little indication things will change for them anytime soon.

It is the five examples above that are the most promising. Though it must be said, some are more promising than others. Time will tell. But one thing is for sure, we are at last, moving away from fossil fuels, at least on the automobile front.

–Neil Wright is a content writer and researcher for We Buy Any Motorcaravan. He has a special interest in climate change, the prospect of renewable energy, and eco-socialism.

Previous: Improving The Air Quality In Your House With Plants
Next: Smart Tips to Boost Your Recycling Efforts

Everything You Need to Know About Solar Panels for Your Home