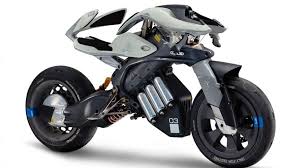 There’s a reason why commuting is becoming an increasingly relevant factor in the majority of job positions – with the number of vehicles around, rush hours are clearly becoming a problem. To make things even worse, traditional vehicles, which make for the vast majority of modern transport options, are huge pollutants. With the rise of concern regarding global warming, ozone layer depletion and air pollution, many companies have decided to delve deeper into providing the world with eco-friendly transportation ideas. Here are some of them.

Where a car makes your life easier, sedentary and boring, a bike helps you stay in shape, healthy and keeps the ride fun, at the expense of putting in some effort. Incredibly practical and completely impervious to rush hours and traffic jams, a bicycle allows its rider to get around easily, without causing any pollution whatsoever. Apart from reducing the amount of harmful gasses that are being released in the atmosphere every day, a bicycle has many other perks; for one, it’s significantly cheaper, as it requires no fuel and much less maintenance than a car. Secondly, during the rush hour, bikes are actually a much smarter option than a car. When put together, this is an awesome eco-friendly vehicle, with a ton of benefits.

For those who are too lazy, don’t care about the workout benefits of riding a bicycle everywhere, or simply don’t like being sweaty and constantly looking for showers in weird places, the electric bike might be a perfect fit! Seeing as how they don’t release any harmful gasses into the environment, this option, much like its older sibling, is very green. It requires nothing but light pedaling, and is able to reach pretty awesome speeds. This is why some countries have legal speed limits for electric bikes, while others require you to have a special license, registration and insurance.

Electric motorcycles are battery-powered vehicles that do not give off any emissions. They are capable of achieving speeds much greater than electric bikes and are common in traffic. Some models come with salvaged parts that are designed from recycled materials. This being said, these pieces of technology usually do come with a hefty price tag and do actually cause pollution (although significantly less than regular vehicles) – as a result of grid electricity generation (used to charge the batteries), pollution may occur.

Let’s face it, the morning and the afternoon rush hours are caused by commuting. Simple and basic as this statement was, when you think about it, a company that has 10 employees will probably add 10 cars to the already cluttered roads. Put at least 3 of these employees (that come from a roughly similar part of the city) into a multiple occupant vehicle, and you’ve successfully removed 2 vehicles from the road. Now consider a company that has more than a hundred employees. Now think about all other companies! The numbers just keep adding up.

Sure, if you’ve seen “Back to the Future: Part II” as a kid, you probably still dream about this fictional levitating method of transportation. Although we are still hoping for such an invention, we’ve found a very cool alternative. The super-convenient purple hoverboard is basically Segway’s more practical younger brother. With a battery that can take you as far as 20 km on a single charge, and the ability to reach the speed of 20 kph, this cool, rechargeable piece of technology is both fun to ride and completely green!

These 5 eco-friendly transportation options are all currently popular for a reason – they work! Whether it’s a bicycle, an electric bike, an electric motorcycle or a hoverboard, you should always aim at being creative with your green mentality

Previous: Sustainable Living Trends to Follow in 2018
Next: Nature and wildlife need you now more than ever.
© Copyright 2010-2022, All Rights Reserved...Created, Designed, and Managed by: Michael R. Craig, owner/founder