Does Home Comfort Have To Come at The Cost of Climate Change?

Posted by: WhosGreenOnline August 9, 2020 in Climate/Environment, Home Comments Off on Does Home Comfort Have To Come at The Cost of Climate Change? 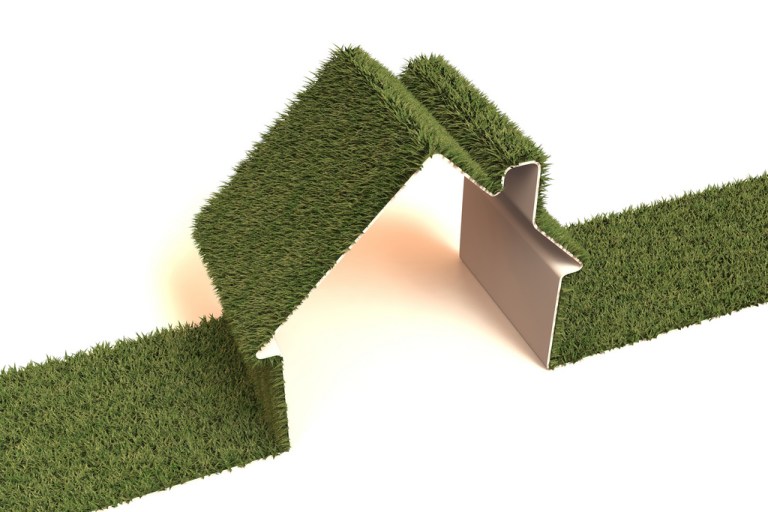 Does Home Comfort Have To Come at The Cost of Climate Change?

Before you dismiss this article as another commentary hyping up climate change and calling out the world’s governments for their lack of action, I would like to assure you that … you are absolutely spot on.

But, the inaction of others is no reason for us to stop trying (or not try at all). We decided to tackle climate change at home by reducing our air conditioner usage. Read on to find out how we managed to cool down our house without air conditioner! (We actually tried them out ourselves. The results will surprise you!)

It hasn’t been a good year for the Earth. No, actually it hasn’t been a good century for this planet we call home. The Intergovernmental Panel on Climate Change (IPCC) stated that the “scientific evidence for global warming is unequivocal”. Indeed the calls by scientists for us to pay attention have been getting louder. And in recent years, these have become increasingly frantic. Look at the rise in global temperatures, they say. Our oceans are warming up. Our ice sheets are shrinking fast (this loss has tripled in just the last decade). Glaciers are retreating, there is
less snow, sea levels are rising, ice is melting, and our oceans are becoming more acidic.

We are also seeing more and more instances of “extreme weather events”. The word ‘unprecedented’ seems to be mentioned almost every other day. In 2018, more than 5000 people died, and a staggering 28.9 million needed humanitarian aid, due to this crazy weather.

Climate Change Is Affecting Us and Will Affect Our Children

2018 was also the year my first son was born. It was a most magical time for us as first-time parents. I didn’t really have to endure hours of labor. This little boy was eager to get out and we just made it to the hospital, barely 2 hours after I noted the first sign that it WAS TIME. The epidural didn’t quite kick in in time for his grand entrance; and it became my cool-labor-story of sorts in the days that followed. I was on maternity leave (yes I’m lucky!) and the initial trepidation of handling a newborn soon gave way to a confident routine. There was also plenty of time for
surfing the internet. I love how newborns can sleep so much. Naturally, Google and Facebook analytics had already deciphered my new status as a mum and I was almost constantly inundated with articles on pregnancy and motherhood.

Something caught my attention. I read about people here, here and here who are re-thinking having kids due to climate change. Really? Is that becoming a thing now? Some reasons cited included “not wanting to bring a child into a world burdened by the adverse impacts of climate change”, and that humans simply are bad for the environment, particularly in the developed world. I frowned, looked at my sleeping child and pondered hard – until it was time for his next feed. New moms don’t have much time for thinking! 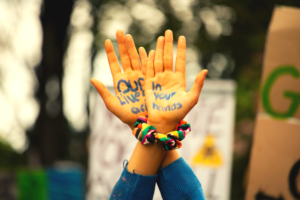 Fast forward 2 years, and here we are newly recovered from Australia’s worst-ever fire season. Images of people seemingly living in an active furnace remain etched in my mind after weeks of extensive news coverage. A disturbing photo from space emerged of more than 70% of Australia covered by smoke. And the smoke traveled well beyond Australia’s borders, eventually making an entire circuit around the globe. Our world is not in a better state today.

My son is now constantly on the move and insists on daddy wearing a purple shirt to work every day. He surprises us each day with the exponential growth that kids display at this young age. He makes us laugh minutes after exasperating us during mealtime. He, and all other children, don’t deserve a volatile world. Teen activist Greta Thunberg rightly said “we deserve a safe future, and we demand a safe future”.

What Can I Do About Climate Change?

But.. Will bringing a reusable shopping bag to the supermarket really help our ailing earth? Will our comfort be compromised? What about our kid? Will he be able to adapt?

A quick Google search opened our eyes to numerous ways to reduce our carbon footprint. But we also knew that a complete and sudden lifestyle overhaul was more likely to fail. My husband and I decided it would be easiest to start with the home. So, we conducted a home energy audit to find out what we were wasting energy on. Unsurprisingly, it was the AC.

The world has a huge AC problem. The International Energy Agency states that the increasingly ubiquitous air conditioner is ramping up emissions. This currently stands at about 10% of global electricity consumption, but there are signs we are far from peak usage. Most AC units today are found in a small number of countries such as Japan and the United States. Many homes in ‘hot’ countries have not yet purchased their first AC and this is set to change as global temperatures rise further, enough to push homes to make that switch. It doesn’t help that ACs produce heat directly as well, dissipating heat to the environment outside the home / building. Technically, if most neighbors (especially where population density is high) use the AC, it may raise ambient temperatures sufficiently to make it unbearable for the last few households who have not yet made that AC purchase.

Emerging economies are also driving AC sales in countries like China and India. In many countries, open-air buildings and public transportation are fast becoming a thing of the past. It’s getting harder to turn off the AC and open the windows, even if one wanted to.

We conducted a search on Google for tips on how to cool down the house without air conditioner. Here, we’ve assembled these tips in an infographic:

We got curious. Do these hacks really work? We next decided to put some of these hacks to the test. To ensure we get some objective data, we purchased an environment monitor. The A1 Environment Monitor by Koogeek is portable and detects temperature, humidity, air quality in the form of particulates (PM 2.5 and PM 10), light, sound and motion.

A sunny afternoon came along soon enough. We drew our curtains and got ourselves ready. The temperature did come down by 1 °C (1.8 °F) but we were still sweating bullets! Once the curtains were closed, the indoor air pretty much came to a standstill and humidity levels rose unbearably.

Verdict: Might work if you combine this with a ceiling fan to keep the air moving

Why settle for less when you can build an awesome fan fortress? We assembled all the fans we had in our home and here are the results.

Although the temperature did not drop, it still felt pretty comfortable to feel the wind. The problem, however, was the noise. 84 dB is almost as loud as a hairdryer!

Verdict: Great hack but don’t go overboard with the number of fans

This is one of the oldest tricks in the book. We see many people advocating the use of ice to cool down the air circulated by fans and we had our own rendition of it.

For a hack that came with such fanfare, this was disappointing. The temperature remained constant and we could only feel the cool air if we placed our faces very close (about 10 cm) to the fan. Also, we had to stop the experiment midway because the longevity of our fan was at risk. Drops of water were steadily flowing down the bottle.

This sounded quite promising and easy to do. We placed our sheets into a ziploc bag as recommended, and into the freezer this went for 3 hours.

Our sheets were nice and chilly! There was not a moment to waste! We immediately got to work laying the frozen sheets on our bed.

But 5 minutes later… we were perspiring from heaving and moving the king-sized mattress. By the time we were done, the sheets were back to normal and we both needed another shower after all that lifting.

I was dreading this. A damp blanket? Really? Still, we thought we would try it out. We took turns with this one – we wanted to know where that damp blanket ended up while we each slept. This actually worked well especially when coupled with a fan. However… the damp blanket lasted barely 5 min after my husband fell asleep (instead, it started to wet the bed). And the same occurred with me. It’s not such a great idea if you think about mold possibly growing in your damp mattress.

Verdict: This probably worked in ancient Egypt, but it’s not practical with modern bedding.

We all know how this is going to end. 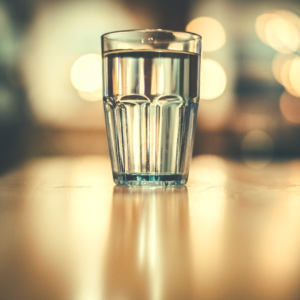 Verdict: It’s important for your health. But it doesn’t really work and is too disruptive for sleep.

I might be biased but I don’t think there is anything ice cream can’t solve. Objectively, my body temperature remained the same. Subjectively, my mood felt much better after my little treat.

Verdict: Ice cream is your best friend. If you want something healthier, frozen fruits are another great option.

Cold showers are HARD. We noticed our shower time was longer, simply because it took a lot of willpower to get under the water. After the initial shock, things went a bit more smoothly and the peppermint soap left a cooling sensation on our skins.

Verdict: The after-effect is nice, but the effects don’t last long.

Pulse points are areas on your body where you can feel your pulse. The thinking is that blood runs very close to the surface of your skin in these areas. Thus, by cooling these areas, you will be able to cool down the blood as well.

We tried placing wet towels over these sites:

And.. it felt really good! However, we did get pretty damp after a while. Plus, grappling with multiple damp towels was disruptive.

The data collection was fun.

The first days were difficult as we figured out what worked for us, and what tips were just too impractical to continue with. We were amazed to discover that some tips were truly COOL. Or… perhaps it was just us getting used to living warmer and sleeping warmer? Regardless, this is something we can definitely continue with, and we may eventually try out the rest of the hacks that require additional purchases. (Hooray, the bonus is a cheaper energy bill too!) Take our word for it, or maybe not. Why not try these out yourself?

Cliche as it sounds, change doesn’t happen overnight. Many of us may have heard of the starfish story (in case you haven’t, here it is). A real-life example in the form of Jadav Payeng, also known as “The Forest Man of India” truly epitomises the value of single actions bringing about positive changes. Payeng started planting trees in 1979 on a piece of land ravaged by severe erosion. In its place today stands a dense forest, a rejuvenated habitat. What a difference a single person made. It can be done. For our children, let’s take action today!

Previous: How To Slash Your Home Heating Cost
Next: WhosGreenOnline.com Reusuable Mask

How to Handle Your Anxiety About Climate Change

Everything You Need to Know About Solar Panels for Your Home