Overcrowded Planet, 7 Billion In The World 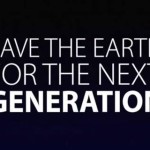 Overcrowded Planet Population Connection announced the winners of this year’s “World of 7 Billion” video contest. Thirteen students from four countries and seven U.S. states earned the top spots in the competition, which encouraged high school students around the world to create and enter videos on population growth relating to one of three topics: universal education, diminishing farmland and the sixth mass ... END_OF_DOCUMENT_TOKEN_TO_BE_REPLACED

Ever wondered what to do with your unopened, unused or out of date medicines? Take a look at this link for some tips and guidance on how best to dispose of your unwanted medicines. https://bit.ly/38Xa85T #recycle

Donate to the Environment!